"Miss Russell gave an exuberant, even astonishing display of vocal pyrotechnics– this was Tina Turner meets Dee Dee Bridgewater with a touch of Ella and Sassy (Sarah Vaughan) and a Covent Garden coloratura thrown in to the melting pot." Lance Liddle, ‘Bebop Spoken Here’. "An extraordinary singer" Lionel Hampton. 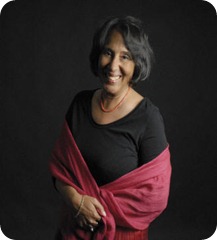 Harlem-born and classically trained, Sandi Russell is now living in Britain, where she has established herself as one of the most brilliant and versatile jazz singers of her generation. Often compared with the great divas – Ella Fitzgerald, Carmen McRae, Sarah Vaughan – Sandi has her own unique vocal style, distinguished by dramatic range and resonance.

Whether interpreting Ellington, Monk or Porter, whether scatting or recreating ballads and blues, Sandi Russell is an exciting performer of exceptional musicality. ‘If you thought Billie Holiday took phrasing to its hair-raising limits’, said Humphrey Lyttleton recently of Sandi Russell, ‘think again!’. Sandi’s last sizzling album can be sampled on her website and she is about to release a new CD combining original material with movingly inventive interpretation and improvisation.

As a native New Yorker, Sandi Russell has sung in many of Manhattan’s most

In London, Sandi Russell regularly performs with Dave Newton, Steve Brown and Andy Clyndert at Pizza Express and Pizza on the Park; she has also appeared at Ronnie Scott’s, the Riverside Studios, the Purcell Room and the Voice Box on the South Bank. Other venues include The Sage, Gateshead, where she opened the 2007 International Jazz Festival, Durham’s Gala Theatre, Sheffield’s Lyceum and London’s Victoria Palace, as well as many arts centres and universities throughout the U.K.

Extensively interviewed for Voice of America, the BBC’s Look North and Women’s Hour, Sandi Russell has had her own television special for Public Broadcasting in the USA and regularly appears on talk shows, jazz stations and local radio and TV in the UK. In Britain, France and Italy, she has presented her one-woman show ‘Render Me My Song’ to great acclaim. 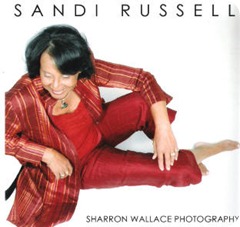 As well as performing, Sandi Russell, along with the University of Durham (Musicon) and hosted by St. Chad’s College, has organised the first two jazz festivals of Durham City, UK. The participants thus far:
Sandi Russell/Alan Barnes with the John Horler Trio, John Etheridge, John Taylor,Louise Gibbs and Five Pieces of Silver, the Omar Puente quintet and the Paul Edis Trio with Vasilis Xenopoulo

For further details and future gigs go to www.jazz-nights.com

and everything in between. Famously associated with her big band Crissy demonstrates that she is equally at home in a smaller setting

Crissy Lee is widely acclaimed as being the UK’s and Europe’s finest female drummer, with a career spanning 50 years. Crissy was only 17 when she joined the Ivy Benson All Girls Band, appearing with performers including Dinah Washington, Frank Sinatra Jnr, Fats Domino, Caterina Valenti and Tom Jones. Five years later she left to form her own band, The Beat Chicks, working with singers including Lulu and Eartha Kitt, and securing the support slot on the Beatles’ first Spanish tour in the early 60s, even flying with them in their own private jet!

Her recent appearances as the “all-singing, all-drumming heartbeat” of The Skinnerettes – the resident band on the Frank Skinner Show – have once again put Crissy back into the spotlight proving that one can still have something to offer even when you are a little more mature!!

This proved to be a great final gig for Jazznights at the Bell before moving to is new Venue in the New Year at The Cherry Tree, Belchamp St Paul in the beautiful Stour Valley on the Suffolk/Essex border.

The writer was unable to make this gig and thanks Norman, a regular Jazznights member who  made the following notes:

The Playlist was a s follows:

A great gig and this leads us into the New Year and remember that WE’RE ON THE MOVE! From January 2012 Jazznights presents the best in modern jazz at: The Function Suite, The Cherry Tree, Knowl Green, Belchamp St Paul, Suffolk, CO10 7BY.

For further information and future gigs at the new venue go to http://www.jazz-nights.com